Few fields are as hotly contested as those of architecture and visualization. From antiques to biotech, visualization has been around in some form for decades, but it has only recently begun to gain in stature and impact.

In this article, we, the architectural visualization pros at VR interactive, explore the current state of virtual reality in the design community, and what its future might be in designing and constructing buildings.

Virtual Reality has been around in textbooks, films, and videogames for years. It’s been compared unfavorably to a kind of 3D surrealism (like in lucid dreams), but VR has been shown to have many of advantages and is often considered a more immersive alternative to 3D: 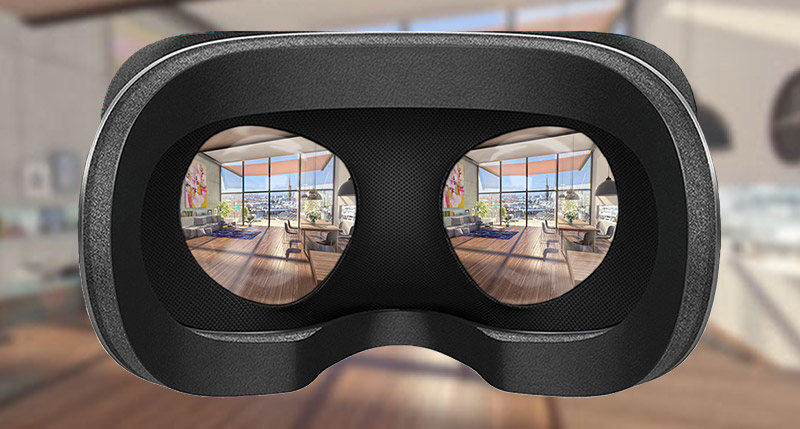 Virtual reality is already widely used in architecture. For the design community, virtual reality has become a next gen tool to improve designs and efficiency.

Since the technology exists today, it becomes increasingly easy to design, build, test, and deploy with high-resolution and interactive 3D imagery be sent to customers and stakeholders, even during construction. The more immersive virtual reality is to a construction site, the more efficiently design, sales of real estate, and construction can be conducted. These emerging technologies will let architects and clients immerse themselves deeply into the buildings to be constructed.

These immersive technologies, like virtual reality, are already being used today in architecture , where architects are using it to create VR exhibits and deliver virtual reality training to their staff. But what are some of the different kinds of VR projects and what are the pros and cons? And how can an architect and his or her team effectively use this new technology to bring clients directly to the site? Contact us to for architectural VR consulting!

Feel free to browse through our featured projects. If you need further information, a pricing quote, or want to discuss project ideas write us at office@vr-interactive.at.